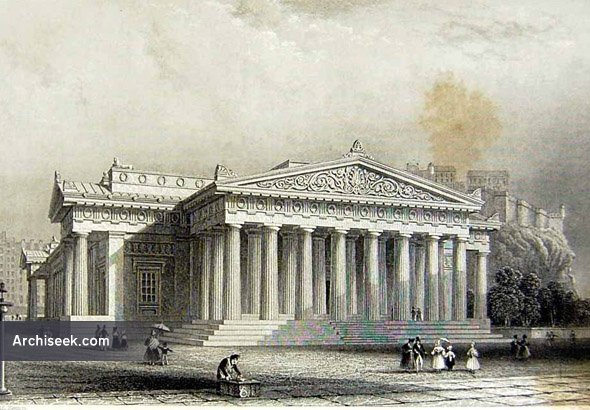 Originally constructed between 1824-26, the Royal Institution (as it was until 1911) was extended in the 1830s to create the building we see today. The Egyptian sphinxes on the roof above the portico were designed by John Steell, and installed in 1837. Along with the adjacent National Gallery of Scotland, their neo-classical design helped transform Edinburgh in to a modern day Athens of the North.