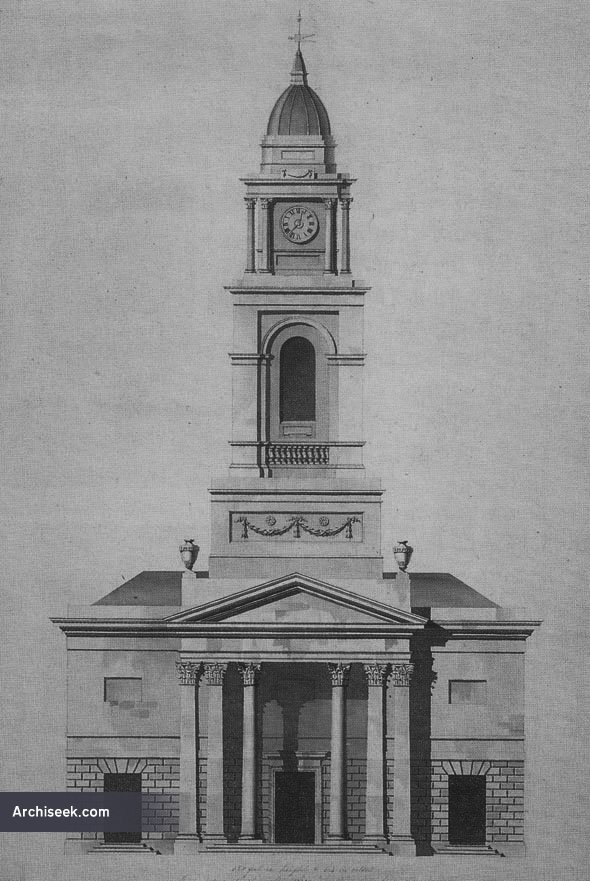 In 1800, eight architects were invited to submit proposals for St. George’s Church, even though a proposal by Francis Johnston had already been approved. Baker’s design placed third behind that of Johnston, and Richard Morrison who placed second.