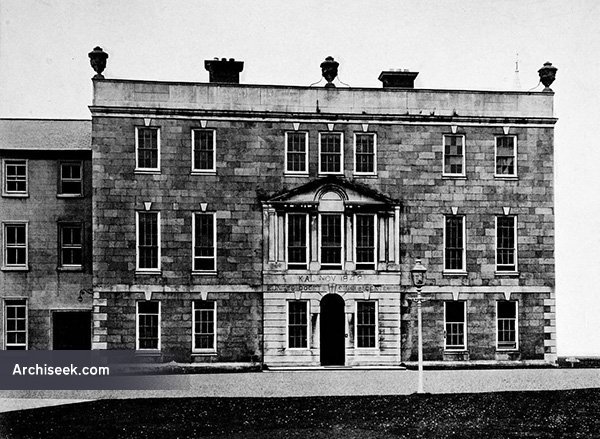 Designed by Sir Edward Lovett Pearce and was built in 1726 for Sir Marmaduke Coghill who had lived in nearby Belvedere House. In 1842 Drumcondra House was rented by a Catholic priest who went on to found a seminary there, All Hallows College, now a college of Dublin City University.

Coghill was quite a prominent citizen of Dublin – Judge of the Prerogative Court, Chancellor of the Exchequer in Ireland, and M.P. for the University of Dublin, His spinster sister who inherited the house after his death, built the present Parish Church at Drumcondra, and erected a marble monument, with full-length statue to the memory of her brother.