NAMA has some responsibility in Hume Street preservation 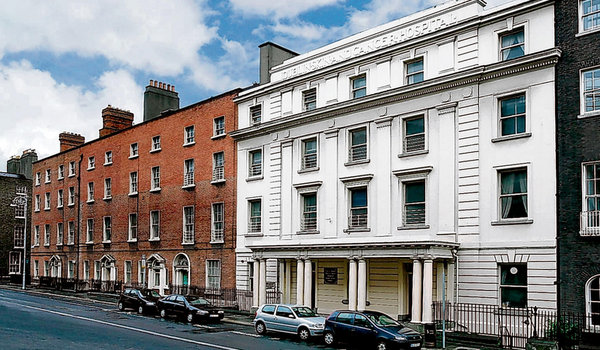 A large section of the southern side of Hume Street in Dublin is under threat from the elements, vandalism and theft. Lead has been removed from the roofs of the terrace of five interconnecting Georgian houses on Hume Street, off St Stephen’s Green, and water is seeping into the protected structures’ interiors. Men have been seen removing pipes, water tanks, copper and general fixtures and fittings from the building. There is also visible damage to gutters and downpipes on the outside of the building and water is soaking into the brickwork. Access to the buildings at basement level is not secure. Last week, gardaí from Harcourt Terrace arrested six men who were found in the building and they have since been charged with trespass.

The buildings are owned by businessman Michael Kelly, of Glandore Business Centres, and have been vacant since 2006, when he purchased them for €30 million. He had intended to develop the block into a business centre, but two planning applications, lodged in 2007 and 2008, were rejected by Dublin City Council.

A campaign to save the buildings has been started online by brother and sister Peter and Maeve McCarthy have begun a campaign to prevent further damage to the buildings. They said the buildings were “being treated like fiscal assets on a balance sheet instead of an invaluable part of the country’s heritage”.

While it’s not know for certain than NAMA has an interest in the debt held on the properties – as “National Asset Management Agency is statutorily obliged to keep confidential all information in relation to the debtors whose loans it has acquired and can’t confirm or deny whether any specific asset has been acquired” – indications are that the Hume Street properties are part of a portfolio transferred to the organisation.