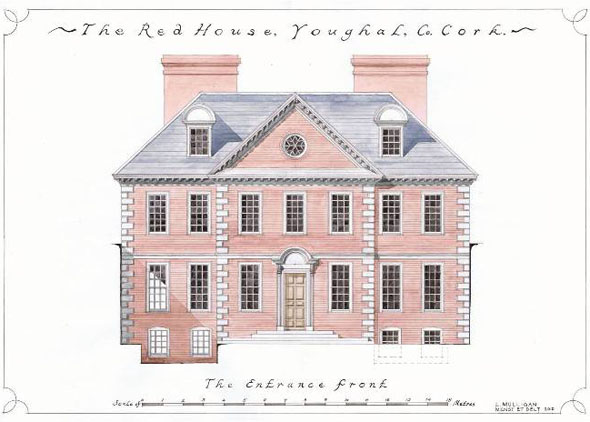 Prof. Kevin B. Nowlan, vice-President of the IGS, and Dr. Edward McParland together announced at a ceremony in the Irish Architectural Archive that Russborough, Co. Wicklow was the winner of the Irish Georgian Society’s 2011 Architectural Conservation Award. Intended to promote greater appreciation of Ireland’s built heritage and the conservation work of its architects, the award was accepted on behalf of the Alfred Beit Foundation, owners of Ireland’s finest Palladian house, by Conseulo O’Connor and by architect James Howley. C

In the Architectural Conservation Award category, the restoration of the Camellia House in Shane’s Castle, Co. Antrim received a commendation which was accepted by Alistair Coey Architect.

In the original drawing award, commendations were given to Mark Costelloe’s ‘Dublin’s Parlour and the Point Depot’ and to Liam Mulligan’s ‘The Red House, Youghal, Co. Cork’.