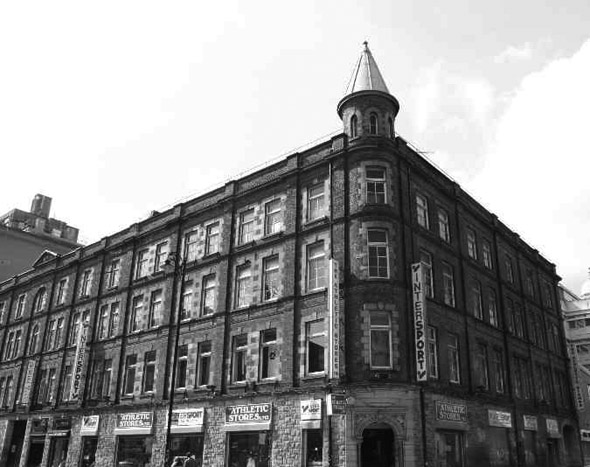 The owner of a historic building in Belfast city centre has argued that it needs to be torn down because it is beyond economic repair. The owners wish to demolish a former Victorian factory building and replace it with modern apartments.

But the Ulster Architecture Heritage Society (UAHS), which said it would take the Department of Environment to court if it permits the demolition of the building. The UAHS claims that Swanston’s linen warehouse was built by noted Belfast architecture firm Young and McKenzie, however the owner has argued it was designed by “the lesser known” Watt Tullock and Fitzsimmons.

UAHS head Rita Harkin maintains that “The man on the street would never want this building to be demolished but planners fail to understand that city centre regeneration hinges on retaining buildings like this that make places distinctive.”

Speaking out against those objecting to plans to demolish the 19th-century landmark and replace it with a multi-storey apartment complex, the owner Philip Blakely also contested its alleged significance as a heritage site. “The cost of retaining the building and refurbishing it to a marketable standard is professionally estimated to be over £4 million. The finished building would be worth around £1.7 million,” he said. “However, a complete rebuild will cost £7 million and create a building worth around £10 million and is therefore likely to attract funding.”

Belfast City Councillor Tom Ekin has supported the preservation effort, “In the British Isles there is often a “sameness” about city centres, with little thought about retaining the individuality. There are the same shops, same bland office buildings, same unattractive apartment blocks, grid-locked streets. We do not need to follow those mistakes. Belfast needs to preserve its past without getting impaled upon it, it needs to have a separate “Unique Selling Proposition” from other cities and must not be driven simply by developers who over paid for land or planners who are hide-bound by regulations. Belfast needs a city architect who can critically look at, and guide the development of the city, thus ensuring that we get the best of design to help rejuvenate Belfast.”

Belfast City Council has just under two weeks to consider the building’s future and environment minister Alex Attwood said he will make the final decision.