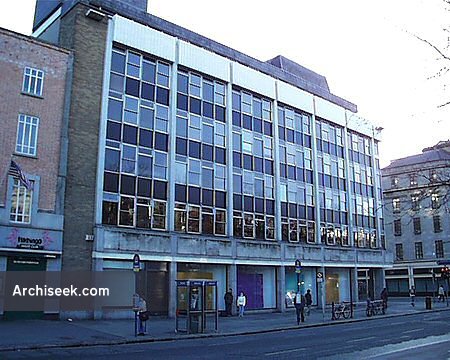 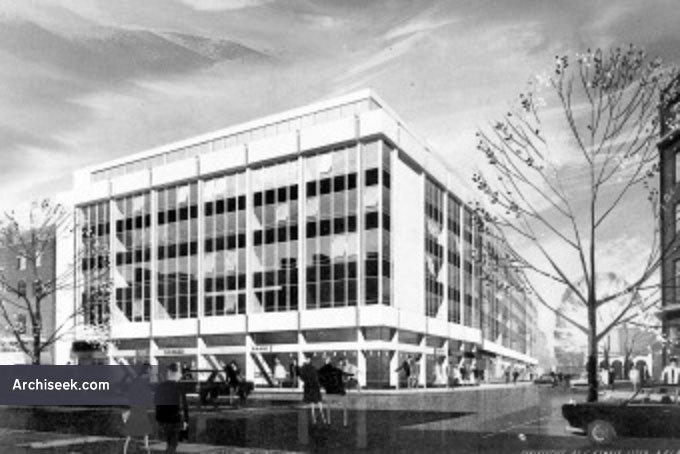 Horrific office development that took the place of one of Dublin’s celebrated Findlater’s groceries store. Sold by the Findlater family in 1968 to the Lyons Group who had the buildings demolished in 1972 and this piece of rubbish erected by 1974 to their own designs. Later converted into an hotel.