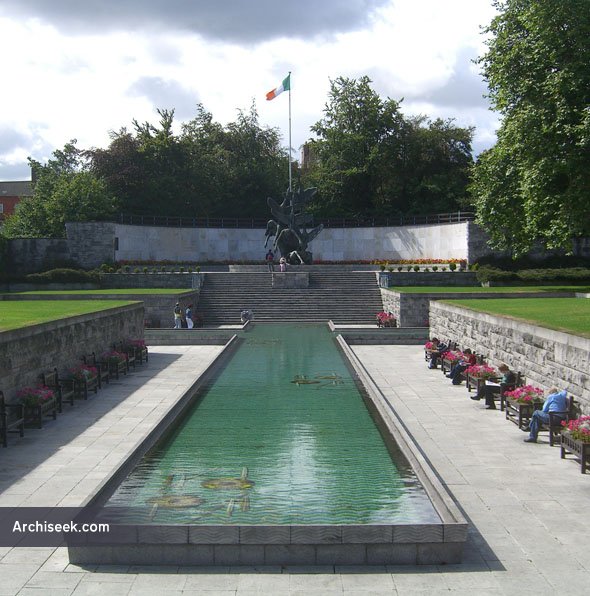 The Garden of Remembrance (Irish: An Gairdín Cuimhneacháin) is a memorial garden in Dublin dedicated to the memory of “all those who gave their lives in the cause of Irish Freedom”, located in the former Rotunda Gardens in Parnell Square. The Garden was opened in 1966 by President Eamon de Valera on the fiftieth anniversary of the 1916 Easter Rising. Designed by Dáithí Hanly, it takes the form of a sunken cruciform water-feature. Its focal point is a statue of the Children of Lir by Oisín Kelly, symbolising rebirth and resurrection, which was added in 1971. In Celtic custom, on concluding a battle, the weapons were broken and cast in the river, to signify the end of hostilities – this is symbolised by the mosaic pattern on the bottom of the pool.