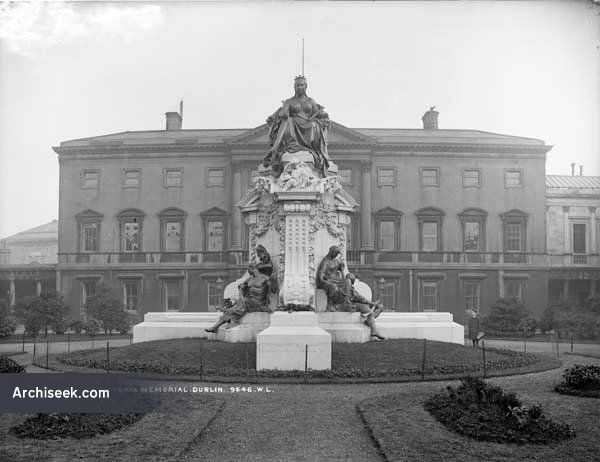 A sculptural ensemble dedicated to the memory of the recently deceased Queen Victoria. The queen sat atop the monument, a massive 15th foot tall; lower down the plinth (designed by Thomas Manly Deane) were figures depicting Hibernia at War, Hibernia at Peace and Fame. A dying soldier representing ‘Hibernia at War’, takes the form of an Irish participant in the South Africa wars. This was to represent the contribution Irish soldiers had made in the Boer War. Part of the inscription on the monuments base noted “Victoria, Queen of the United Kingdom of Great Britain and Ireland, Empress of India, erected by her Irish subjects.” 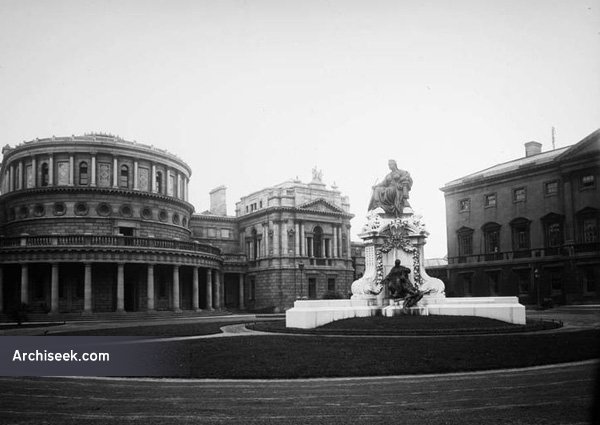 Several thousand pounds was raised through public funding and the statue was the creation of one of Ireland’s most important sculptors John Hughes (1865-1941). Unveiled on February 5, 1908 the monument dominated the the front garden of Leinster House that, at the time, was owned by the Royal Dublin Society. In 1922, the State rented Leinster House to use as the Oireachtas, and then two years later bought the mansion outright. By 1929, moves were afoot to remove the statue – “on the basis that its continued presence there is repugnant to national feeling, and that, from an artistic point of view, it disfigures the architectural beauty of the parliamentary buildings” However it was the late 1940s before the statue was disassembled and moved. The statue of the Queen was so large, that it had to be removed on her back, as it was too large to go through the gates. 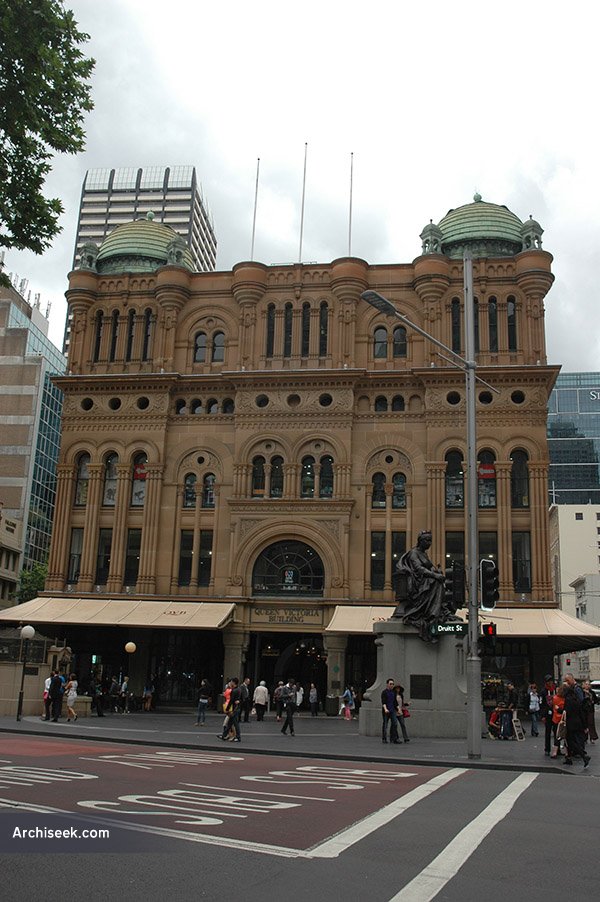 After removal, parts of the sculpture were scattered with the attendant figures of Hibernia, and the dying soldier re-used in a garden at Dublin Castle; and the plinth in Bully’s Acre, Royal Hospital. In 1986, following the restoration of the Queen Victoria Building in Sydney, Australia, the statue of the Queen was re-erected.