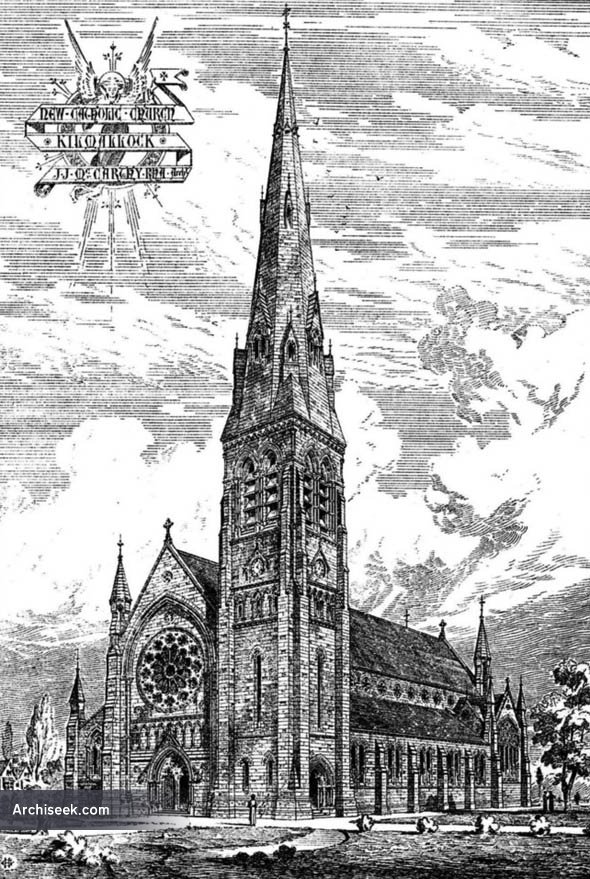 Building was commenced in 1879 when the Bishop of Limerick, Dr. George Butler laid the foundation stone on July 6th, but not completed until 1889 after the architect’s death. Simple in plan, with organ loft, nave and chancel beneath one continuous roof contrasting with off-centre tower and spire. The second-last bay of the aisles is carried upwards to make small transepts screened from the nave. Two of the stained glass windows are modelled on the ruins of the old priory in Kilmallock – the 13th century east window inspires the window behind the altar; and the window facing the sacristy is based on a 15th century traceried window in the south transept of the priory.

“The new church will occupy a central and commanding position, and has been designed to correspond in style with the neighbouring Dominican Priory, founded in 1291 by Lord Offally. The plan of the church comprises nave, aisles, chancel, and side chapels, and tower and spire at the west end of south aisle, the sacristy and presbytery being situated on the north side of chancel. The exterior walls are to be built of the local limestone ; the interior pillars are to be of polished Cork red marble. The roofs will be framed and panelled in pitch pine. Mr. J.J. McCarthy, R.H.A., Dublin, is the architect.” The Irish Builder, August 15 1878. 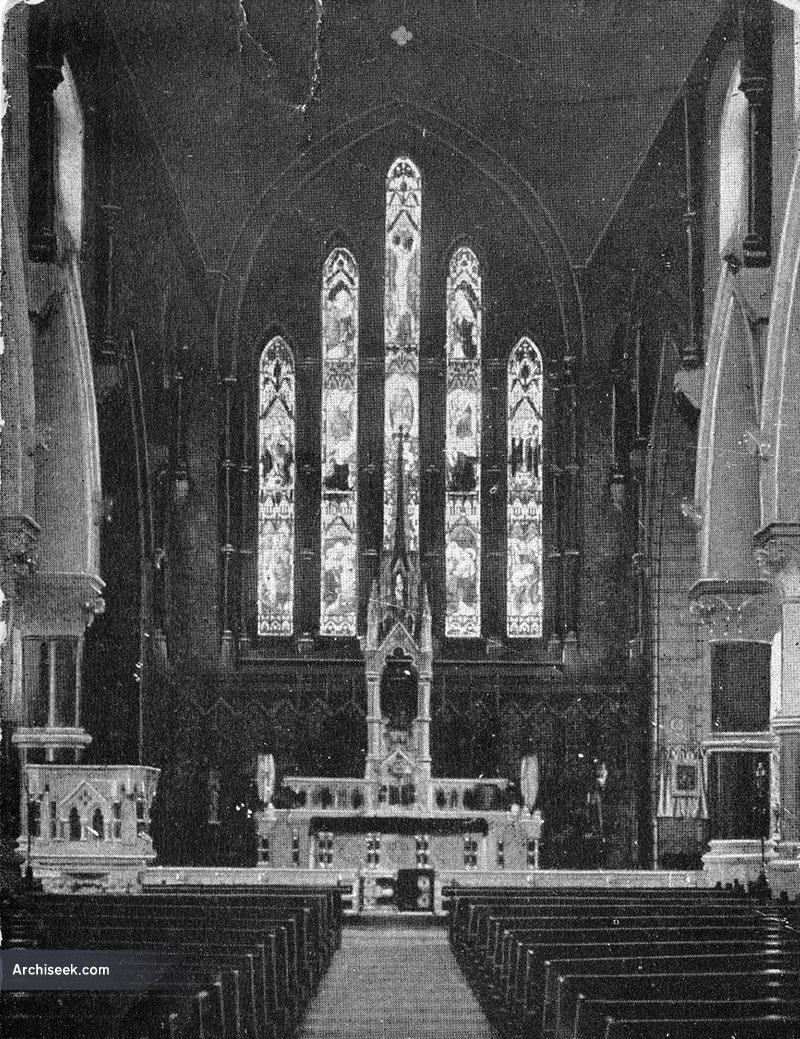 There is sumptuous interior carving and decoration, despite the present altar’s being made up out of its predecessor’s debris. Here the central pinnacle has been retained as a freestanding tabernacle and a pair of dislodged marble angels stand guard on either side, above the window. Fine Venetian mosaics in the chancel, under direction of Ashlin, glass by Mayer and Earley.