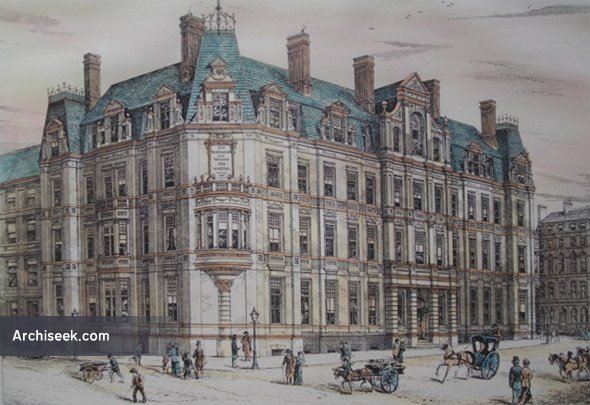 Construction on the eye hospital began in 1881 in the Gothic Revival style and was completed in 1884. The building was used as offices and not as a hospital in later years. The Eye Hospital is now part of the Hotel du Vin group and has been a successful hotel for a number of years now. Published in the American Architect and Building News, July 21, 1882.