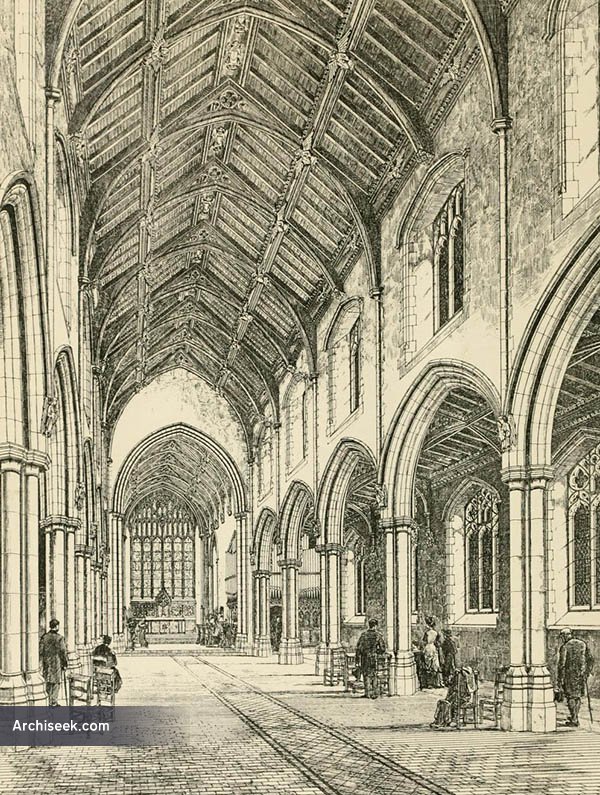 “This church was struck by lightning and burnt down on the 3rd of August, 1877. It was a fine specimen of the 15th-century architecture of the county. The beautiful embellished oak roofs and the fine arcade were its chief features. On plan it consists of nave and side aisles which are continued north and south of the chancel and formed side chapels (now used as a vestry and organ-chamber), a large chancel, an elaborate south porch, and a western tower. The accompanying perspective drawing shows the interior looking east, and was exhibited in this year’s Royal Academy. The whole church has been rebuilt and restored, where practicable, exactly like the old. The work has been successfully carried out by Mr. Samuel rarniinttr, of Braintree, Esse.x, the contractor, from plans and under the superintendence of Mr. Herbert J. Green, architect, of Norwich.” Published in The Building News, October 28, 1881.