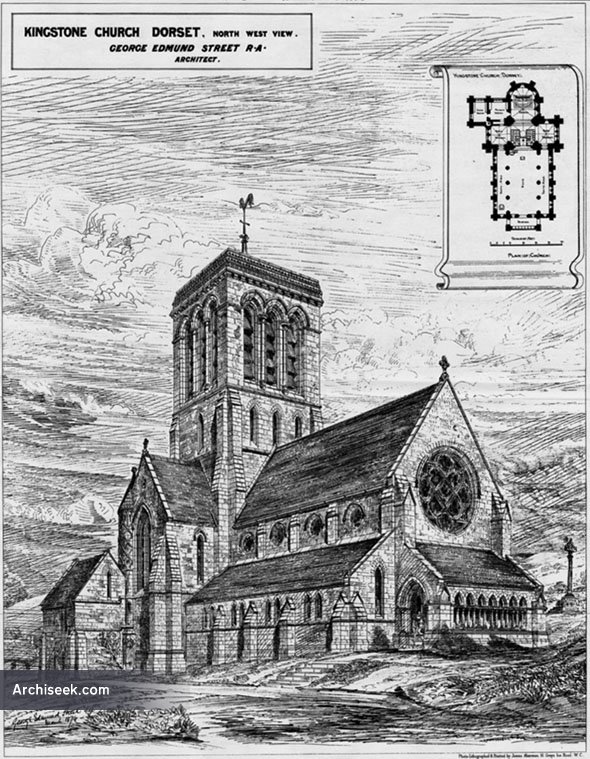 Started in 1874, completed in 1880, by the third Earl of Eldon, the architect was George Edmund Street (1824–1881). It is a cruciform building, with an apse, central tower and narthex, built throughout of Purbeck stone. Its tower dominates the landscape. The tower, which is somewhat disproportionate in size to the rest of the church, was made large enough to contain a full peal of eight bells, which were cast and installed by John Taylor & Co., of Loughborough, in 1880. Inside the clustered pillars and other details are made of Purbeck marble, quarried from Lord Eldon’s estate and worked by his own craftsmen. It did not replace the existing church immediately and in effect for over forty years it was the private chapel of the Eldon family.