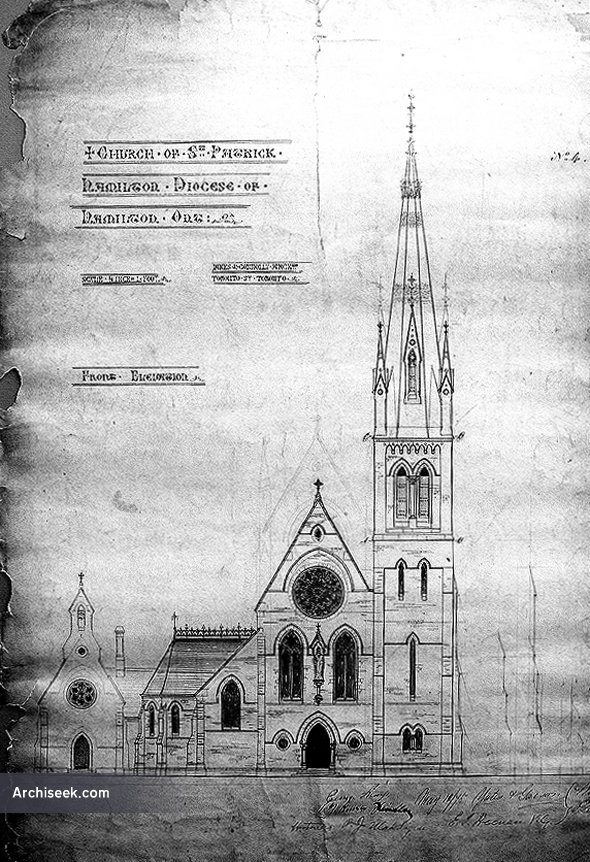 Joseph Connolly who was born in Limerick, received his training in the Dublin office of James Joseph McCarthy (1817-81). McCarthy specialized in work for the Roman Catholic Church, and was one of the most celebrated architects in 19th-century Ireland. Connolly advanced to become McCarthy’s chief assistant in the late 1860s. He subsequently made a study tour in Europe, and in 1871 he was in practice in Dublin for himself, although no records survive of any commissions. By 13 August 1873 he had moved to Toronto, where he entered into partnership with the engineer, surveyor, and architect Silas James. This association was dissolved by 23 April 1877, after which Connolly practised alone. 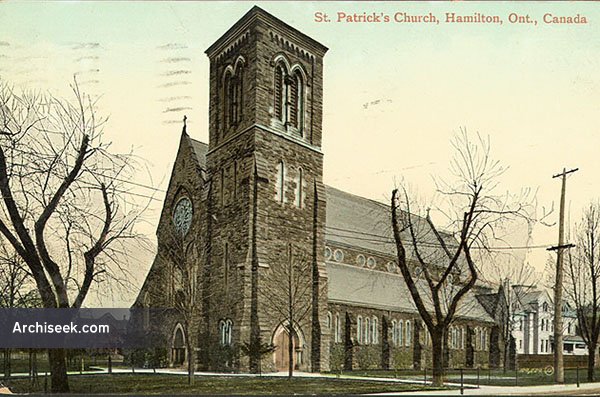 The design of the church shows Connolly’s Irish background and in particular the work carried out by McCarthy. The precedent for the design is St Brigid’s, Kilcullen, built in 1869-72, when Connolly was chief assistant in McCarthy’s office.