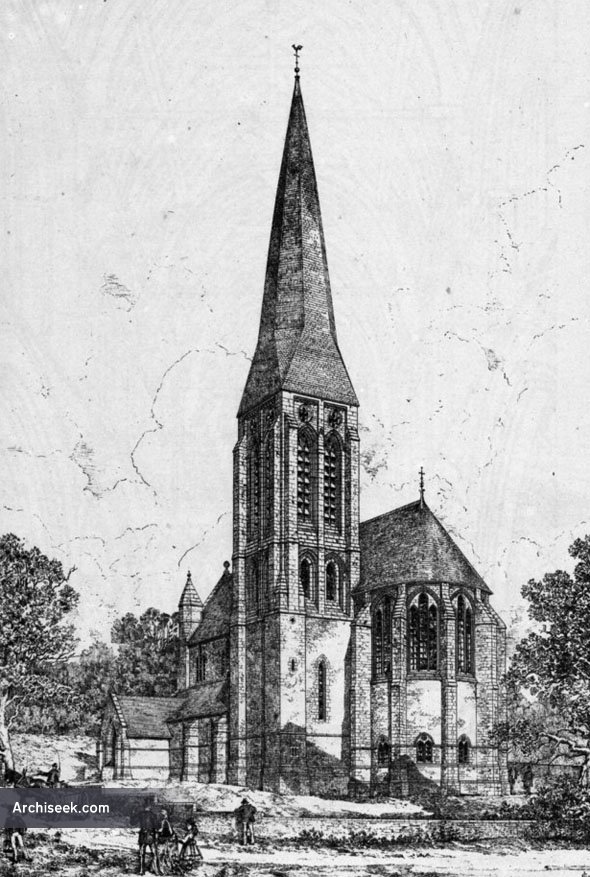 Designed by John Loughborough Pearson in the Early English style, it is built in local pale-red clay brick, with windows, pillars in York stone, and faced outside in local stone. The building is of a simple form, with a nave and north and south aisles, a north transept (fitted out as a war memorial chapel in 1952) and an apsidal chancel. The vestry is an undercroft beneath the chancel – the site sloping steeply from west to east. The church was built by public subscription at a cost of £6,775.19s.7d, and was consecrated as the parish church on the 31st August 1876.

The tower, on the south side of the chancel opposite the transept, originally had a wooden spire, which was blown down in a gale in 1884, re-erected, and again blown down in 1886. Pearson in 1888 designed a steep gable roof to replace the spire but it was never constructed. Perspective view published in The Architect, September 13th 1873.