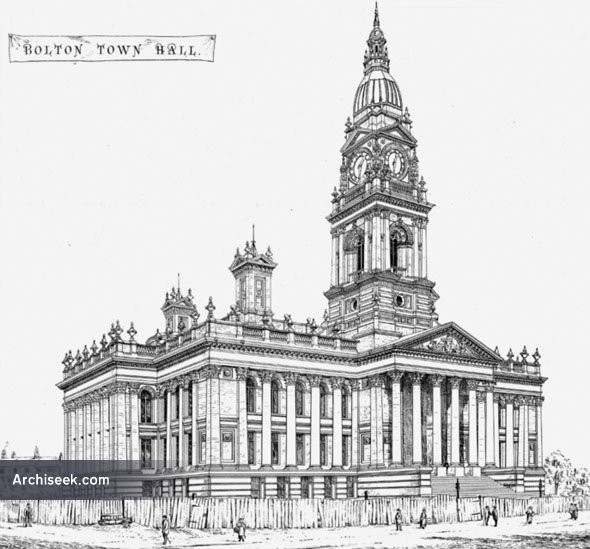 A Grade II* listed Town Hall designed by William Hill and George Woodhouse and opened in June 1873 by Albert Edward, Prince of Wales. In the 1930s, the building was extended by Bradshaw Gass & Hope. Within the Town Hall are the Albert Halls and several function rooms. The original, single Albert Hall was destroyed by fire on 14 November 1981. After rebuilding work, it was replaced by the present Albert Halls, which were opened in 1985. Perspective view including plans published in The Building News, June 13th 1873.