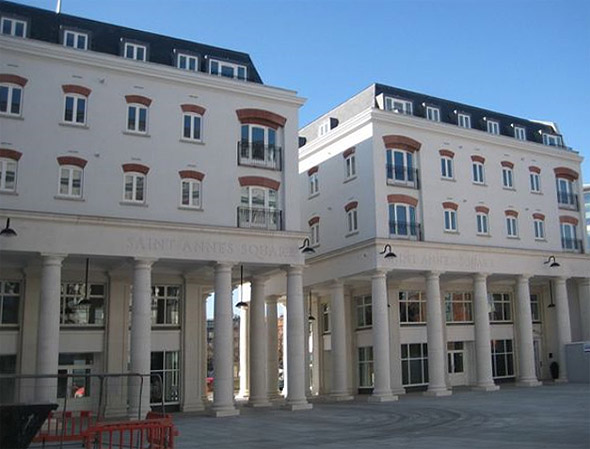 Three Belfast buildings have been nominated for the “Carbuncle Cup”, awarded to the UK’s worst new building. The Obel complex, St Anne’s Square and the Boat are all in the running for the 2010 prize awarded by Building Design, a weekly newspaper and online site for architects. Readers were asked to suggest buildings completed in the last year which they found “fiendishly ugly”.

The Obel was damned by one contributor as “a south-facing glazed oven”. The Boat – designed by Todd Architects – is close to the Customs House building in the city centre. It was described as an oversized “blank gable wall”.

But Paul Crowe from Todd said: “We think the building is a welcome addition to the Belfast skyline, we don’t have that many landmark buildings.” Mr Crowe said the building, which cost £5.5m to build, overlooked two other sites. These are owned by other people and may be developed. Under current legislation, the building could not have windows where it overlooked the other sites.

St Anne’s Square was called a “neo-classical, pastiche mess” by one contributor. The £100m leisure, commercial and residential development is in the city’s Cathedral Quarter in a major site of regeneration in Belfast.