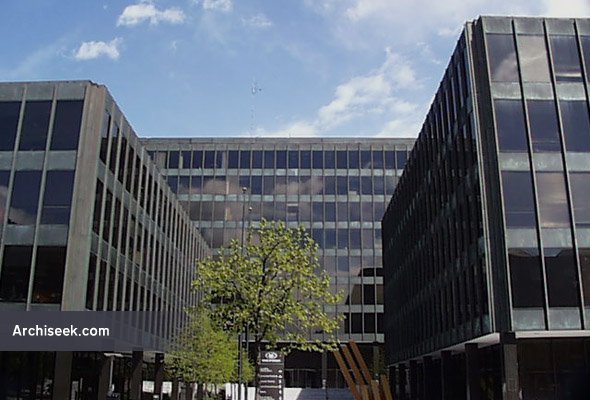 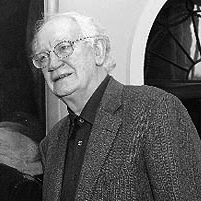 Ronnie Tallon, one of the most influential Irish architects of the last century, has been awarded the inaugural James Gandon Medal, a lifetime achievement award, by the Royal Institute of the Architects of Ireland (RIAI). Dr Tallon was nominated for the medal by RIAI president, Mr Paul Keogh. The nomination was unanimously passed by the council of the RIAI. The medal is the first life time achievement award that the RIAI have ever bestowed on an individual.

“Dr Tallon’s impact on the landscape of Ireland is arguably greater than any other person’s of our time. Everywhere you look around Ireland, you can see evidence of his work,” said Paul Keogh, speaking at the awards ceremony. “What we build today, we build for tomorrow and nowhere is that more evident in Ireland than in Ronnie Tallon’s work. Throughout his career, he has delivered buildings that have stood the test of time. He is part of the identity of Ireland and Irish architecture.”

Architectural critic, Shane O’Toole also spoke at the ceremony, “In Ronnie Tallon’s work you can see that it is possible to build for the future. Structures he designed in the 1960s are still working and inspiring people today. His work is rigorous and detailed; he is ruthless about standards. You can see his hand on every one of his iconic buildings and it is fitting that he be the first ever recipient of a lifetime achievement award from the RIAI.”

Dr Tallon was born in Dublin in 1927 and graduated from University College Dublin in 1950. During his student years, he worked with Peppard and Duffy Architects. Dr Tallon joined the Office of Public Works in 1950, where he worked with Arthur Seymour Rice and Raymond McGrath. In 1956, he joined Michael Scott’s practice, becoming a full partner in 1958 in the firm Michael Scott and Partners. In 1960, he entered into a partnership with Scott and Robin Walker, founding Scott Tallon Walker.

An unapologetic follower of Mies, Tallon’s work has been uncompromisingly modern. His most visible works in this idiom are the RTE Radio Building; the Bank of Ireland Headquarters in Baggot Street (1968-1978); and the former P.J. Carroll’s Factory (1967-69) in Dundalk, County Louth. Between 1992 and 1995 he was responsible for the Dublin Civic offices on Wood Quay.

Dr Tallon is also well known as a patron of the arts. He was responsible for purchasing many of Ireland’s best known art collections such as the Carroll Collection, the Bank of Ireland Collection and the A&L Goodbody Collection.