Recession, what recession? The cultural-buildings juggernaut rolls on. 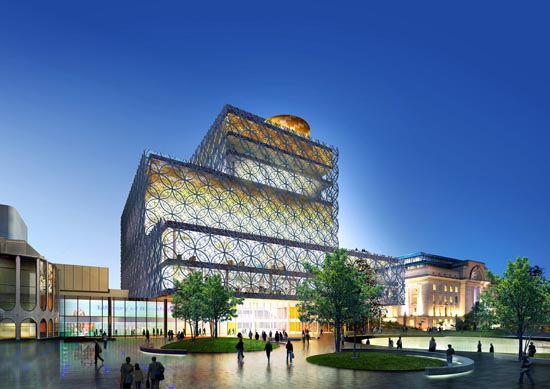 You know them when you see them, the great public buildings. It’s all to do with unshakable confidence. The 1842 portico and façade of the British Museum has it. Frank Lloyd Wright’s 1959 Guggenheim in Manhattan has it, as does Frank Gehry’s Bilbao version of 1996. Two utterly different 1970s buildings – the National Theatre in London and the Pompidou Centre in Paris – have it. The question is – will the Tate Modern’s £215m extension have it? And what else is going to happen over the next decade?

A surprising amount, paid for (in Britain anyway) by a mix of Lottery and taxpayers’ money – often helped by European Union grants and private donations – from better times. These places are always about so much more than their contents and function. If the entire magnificent collection of the British Museum were to be housed in a distribution warehouse somewhere, we’d feel short-changed. Even if there was a nice café there, and lots of car parking. This was proved the hard way when, back in the 1990s, the Royal Armouries collection moved to a new building in Leeds. It wasn’t a bad new building, but it wasn’t the Tower of London, where most of the collection had been before. Collapsing visitor numbers, financial embarrassment and a Government bail-out ensued.