Planning for Dublin’s future proving to be a tall order 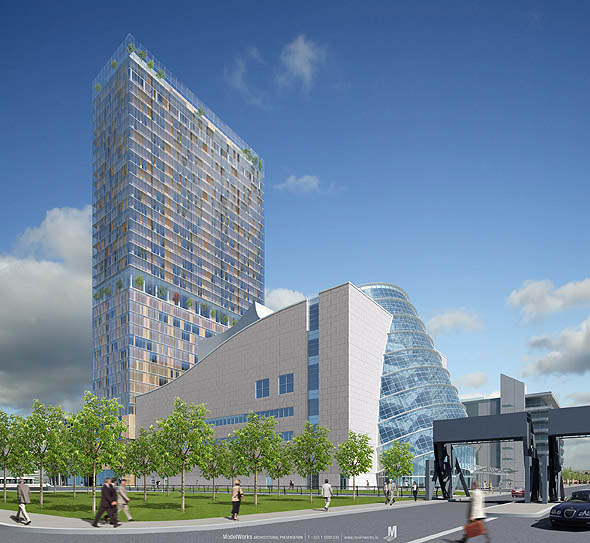 What kind of city do we want? That’s the fundamental question about Dublin City Council’s new development plan, and particularly the fears in some quarters that it could inaugurate an era of random high-rise schemes – however surreal that prospect might seem today, with so few tower cranes on the skyline. It would be wrong to dismiss this as an academic issue. The new city plan will set the framework for development over the next six or seven years and, being optimistic, it’s likely that the economy – and, with it, the construction industry – will have recovered during that period. So we need to lay down some markers now.

As the planners themselves say in their introduction to the draft city plan: “Following 15 years of unprecedented growth, which has transformed the city, the recent economic downturn must be grasped as an opportunity to create a shared vision for a long-term recovery, for the benefit of the city, the region and the country.”

Tall buildings are seen as necessary not just to provide landmarks in a sprawling urban area, but also because they consume less land and help to “densify” the city. Ordinary people might have their doubts about going in this direction, but the planners say there is a compelling case for skyscrapers of sorts, particularly near transport “hubs”.

The problem is that their high-rise vision for certain parts of Dublin is not generally shared by city councillors. That explains why the council has decided that a Local Area Plan (Lap) would have to be drawn up, and adopted, before any planning applications for tall buildings (above 28 metres) could be entertained anywhere in the city.