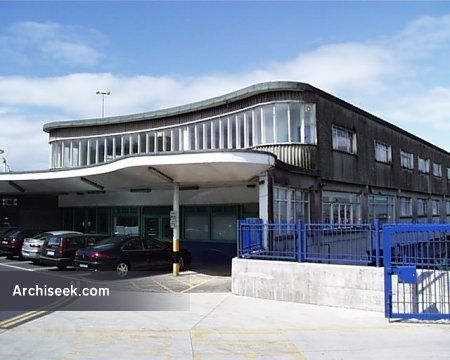 The Dun Laoghaire Harbour Company may have to reinstate a Victorian railway station on Carlisle Pier following a ruling by An Bord Pleanála that its demolition last autumn required planning permission. Following the demolition, Ciarán Cuffe TD – now Minister of State with responsibilities for planning – referred it to the appeals board, seeking a formal decision on whether or not it was “exempted development”. The main basis of Mr Cuffe’s complaint was that the 2008 Planning and Development Regulations reduced the size threshold under which structures could be demolished without permission to 100sq m.

This followed the failure of Dún Laoghaire-Rathdown County Council to address complaints made in September 2009 by An Taisce and others that the demolition of the railway station (1859) was unauthorised. Acting on the advice of its solicitors, Mason Hayes and Curran, and planning consultants MacCabe Durney Barnes that planning permission was not required, the harbour company proceeded with the demolition.

“The council by its inaction colluded in this unauthorised development”, said Ian Lumley, An Taisce’s heritage officer. “When public bodies fail in their legal responsibility, resignations or dismissals should be the consequence. An Taisce is requesting the harbour company and the local authority to take action to reinstate the original part of the Carlisle Pier railway station as the focal point for public benefit and recreational activity in the harbour area.”