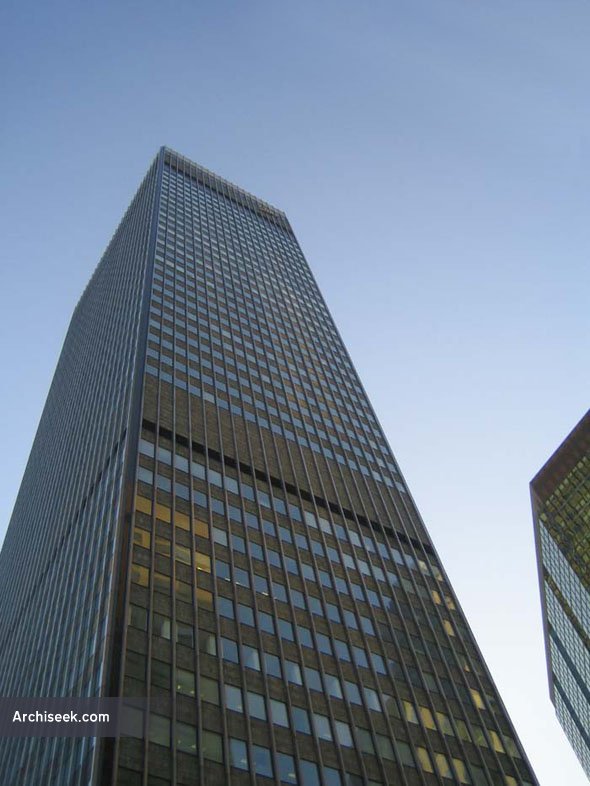 During his lifetime, architect Peter Dickinson was merely a legend, now he has ascended to myth. The arrival of John Martins-Manteiga’s lavishly illustrated biography, titled simply Peter Dickinson (Dominion Modern, 304 pages, $50), proves it.

Though his name may not be as celebrated as some, during his tragically brief career in the 1950s and early ’60s, he remade the Toronto skyline. Martins-Manteiga, the indefatigable documenter and defender of things modern, has produced a work that despite its frankly hagiographic tone makes for interesting reading. In case you’ve forgotten, Dickinson was the English architect who came to Toronto in 1950 and died just 11 years later, aged 35.

During that short period, he designed a number of landmarks here and in Montreal. His best work remains fresh: Think of the Sony Centre (formerly O’Keefe Centre), the Education Building on College St., the juvenile courthouse on Jarvis and the Continental Can Building on the southwest corner of College and Bay Sts.

On the other hand, many of Dickinson’s projects fail to impress. Though much lauded at the time, to contemporary eyes they look repetitive, formulaic, even churned out. One mustn’t forget that the age that produced Dickinson had some strange ideas – cars with fins, slab towers and social housing that didn’t quite turn out according to plan. Much of Regent Park, in which Dickinson played a significant role, is currently being torn down and rebuilt (though his own structures, which pioneered two-storey aparments, still stand).