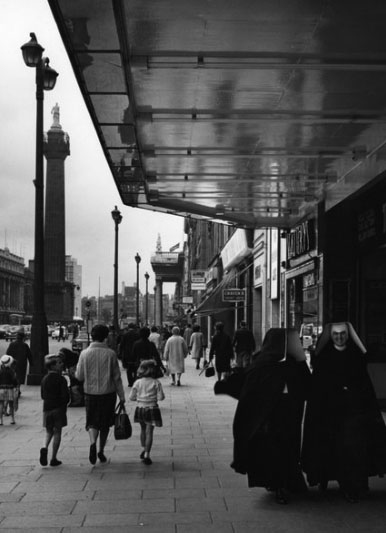 A “treasuretrove” of Irish images by a leading 20th-century photographer is “in danger of being allowed to languish ignored and forgotten”, according to the curator of the photographic collection of the Royal Institute of British Architects (RIBA).

The photographs by British photographer Edwin Smith are stored in RIBA’s London archive, and the owners are hoping to attract funding to exhibit the collection in Ireland.

Smith, who died aged 59 in 1971, was famous for his depictions of landscapes and buildings – especially in England, Italy and Ireland – and was hailed by the poet John Betjeman as “a genius at photography”.

His collected works – some 60,000 images – were eventually bequeathed to RIBA by his wife, Olive Cook, following her death in 2002. The institute’s curator of photographs, Robert Elwall, said Smith had visited Ireland on five occasions – between 1948 and 1965 – and was “enchanted” by Irish landscape and architecture. Most of these photographs have not been seen in public for half-a- century, but some of them feature in the book Evocations of Place – The Photography of Edwin Smith .

The photos feature a diverse mix of people, places and buildings, from the Giant’s Causeway to St Brigid’s Well at Liscannor, Co Clare. One of Smith’s most famous photographs – of the Ha’penny Bridge – was used for the cover of the Penguin Twentieth Century Classics edition of James Joyce’s Dubliners .