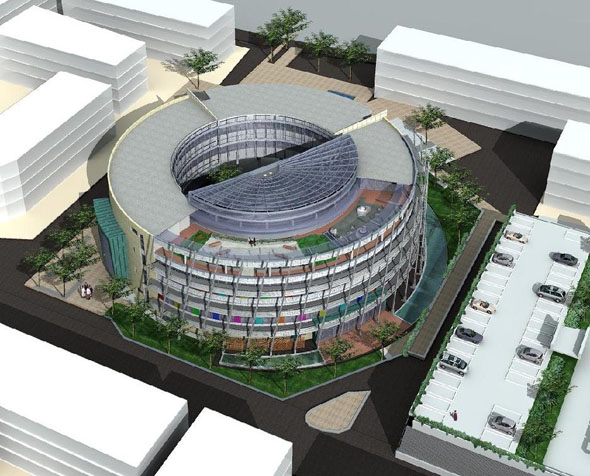 Every weekday morning at 8am, a bus leaves from Dublin Castle to bring people who work for the Office of Public Works (OPW) to Trim, Co Meath, where its new headquarters are located. The hour-long journey is repeated at 5pm, when they’re dropped back to Dublin. There’s also a mid-morning run taking car-less staff to Dublin for meetings.

Until recently, they might easily have walked or cycled to work at the OPW’s former headquarters at 51 St Stephen’s Green. But now they must do the daily “reverse commute” by bus (or by car, in most cases) because of the topsy-turvy world they inhabit as a result of the Government’s daft decentralisation programme, announced in 2003.

The new circular building (inspired by Newgrange, Knowth and Dowth, naturally) has a three-level car park right alongside, with 340 spaces – seven more than the full complement of staff, which has yet to be reached. It also contains 60 bicycle spaces, but there wasn’t a single bicycle to be seen anywhere on the site when I visited.

Designed by senior architect Pat Boyle following an OPW in-house ideas contest, it has all the usual environmental features one expects to find in 21st-century office blocks, to reduce energy use and make buildings more “sustainable”. But these measures are more than offset by all the diesel or petrol burned up by commuting to and from Trim.

Clare McGrath, the first woman to head the OPW, lives in Dublin and drives up and down every day. Minister of State Martin Mansergh only appears in Trim once or twice a week when the Dáil is sitting, which explains why his top-floor office looks almost bare. Or maybe he’s one of the few people there who take the “clean desk policy” seriously.