Living in the dreams of starchitects 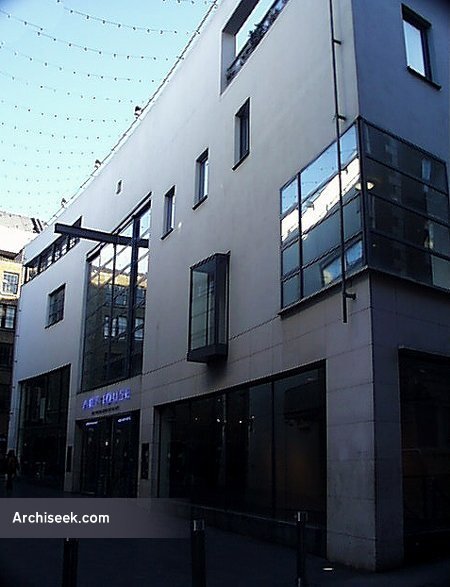 Architecture that pushes the boundaries didn’t start with Gehry – it’s as old as architecture itself – but what is it like to live or work in an iconic or award-winning building? And do buildings win awards for the right reasons? A visit to the offices of Temple Bar Properties, back when it was at 18 Eustace Street in Dublin, saw a whole wall of award plaques, many of which had been bestowed on buildings I had worked in, and at least three of which I had found plenty of problems with.

Arthouse (designed by Shay Cleary) was probably the “trickiest” of these. Part of the issue was that Arthouse (now Filmbase) had first been mooted when “multimedia” meant using different materials together, rather than working with digital technologies – and the brief for the building morphed as time went on. I liked the way Arthouse made (with Temple Bar Music Centre opposite) a new curved street, but not its strange arrangement of walkways, a staircase that only got you part of the way into the building, or the basement that felt cut off.

Arts buildings are notoriously difficult: they’re the commissions that get architects excited about experimentation, but they need to work both for artists who want to push the boundaries and for those producing quieter works of art that demand space and seclusion to be seen at their best. The other issue with galleries is that empty white cubes don’t look exciting in photographs, while wild curves and intersecting windows with dramatic shafts of light are a photographer’s dream. These days the majority of us see most architecture in magazines and books before experiencing it for real – if we ever do.

It’s not just in galleries that there’s a gap between reputation and practical reality. In the 2003 film My Architect Nathaniel Kahn goes on a journey to try to learn about his dead father, Louis Kahn, through the latter’s buildings. The Richards Medical Research Center at the University of Pennsylvania has been hailed, at an exhibition of Kahn’s work in New York’s Museum of Modern Art, as “probably the single most consequential building constructed in the United States since the second World War. It is principled, vigorous, fundamental and exhilarating. This building is Kahn’s greatest achievement”.