From brutal brooding to retrofit chic 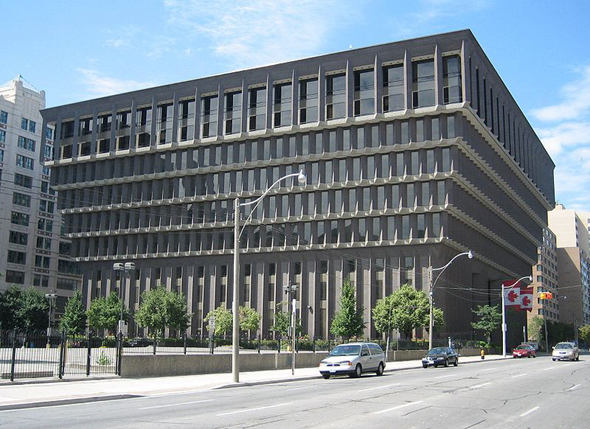 Constructed of pre-cast concrete skinned in dark brown brick veneer, 222 Jarvis Street is an imposing modern mass that stands out among its Victorian-style neighbours on one of Toronto’s oldest streets. It’s a unique example of brutalist architecture popular in the 1950s through the 70s. The nine-storey, inverted pyramid-shaped office building was built in 1971 by Sears as its Canadian head office. On the street, it’s sometimes referred to as the upside-down cake building and stands in contrast to the thin, elegant glass office towers that have sprouted farther south in Toronto’s downtown core.

When it purchased the building in 2007, however, the Ontario government saw merit in the structure’s brutalist bones. It plans to give it an ambitious $100-million green retrofit – joining the growing trend of adapting and reusing older buildings rather than building new ones.

“I just love putting it back on the map,” says Hatice Yazar, principal of WZMH Architects.

At 58,336 square metres of gross floor area, it’s touted as one of the largest retrofit projects in North America. It’s also the first under the province’s Toronto Accommodation Plan, a 10-year initiative to modernize and reduce the carbon footprint of most Ontario government office buildings in the city, the majority of which are 40 to 60 years old.