Dún Laoghaire upgrade to include walkway over Dart 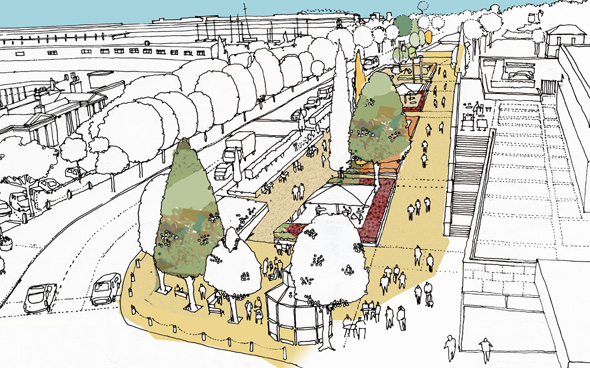 Work has begun on a project to cover over the Dart line, install semi-mature trees and improve pedestrian access between Dún Laoghaire’s town and harbour. Part of an overall upgrade to “the metals” walkway, Crofton Road and Marine Road, the Dart line is to be covered, ending a traditional disconnect between the Pavilion area and the harbour. The plan is to create a new walkway over the Dart which currently travels through a cutting south of the railway station. The intention is to define the metals as a place for pedestrians and cyclists by creating new café terraces, paths, sitting areas and a small play space. A new footpath along Queen’s Road and additional crossing points have been designed to integrate the scheme into the surrounding area. A pedestrian crossing at the entrance to the Pavilion car park is to further enhance pedestrian links to the the metals and a proposed county library in Moran Park.