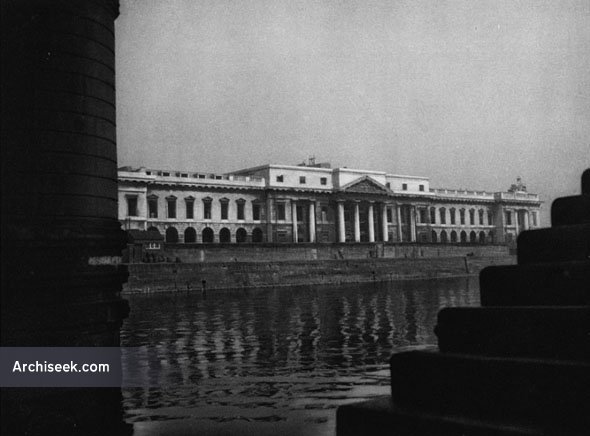 When the suggestion emanated from the National Asset Management Agency (Nama) that some of our ghost estates may be demolished, a good deal of the response was surprisingly negative. I’m inclined to think that the best thing for a half-built housing development on a flood plain would be to return it to a field, but perhaps I shouldn’t have been so surprised; it is usually only when a building is about to be knocked down that we realise any regard for it – Liberty Hall being a case in point. Demolition seems far more emotive than construction.

Architecture is not only a collection of buildings, some of them iconic, it also tells the story of a society: townhouses and tenements, great houses and castles, churches, shopping malls, concert halls, factories, suburbs and commuter towns; all these show us who we thought, and think, we are.

You can see from their state of upkeep and disrepair the regard in which their owners or occupiers are held; and just as much can be read into neglect as into new soft pile carpets or re-gilding in government buildings. Building projects aim to realign cities, revitalise communities, and they create the social world within (and without) their walls. But if that story is there to be read on the sides of the roads, streets and laneways of Ireland, a yet more telling tale emerges from those buildings we choose, or allow, to be knocked down.

The ESB’s destruction of 12 Georgian houses on Fitzwilliam Street in the 1970s, to build their new Stephenson Gibney office block, is an example that seems to sum up so many of the arguments. Caught between an ambivalence for a colonial past (architecture being the tangible symbol of what long-dead generations imposed), and an equal ambivalence about what sort of a future we should be heading towards, heritage issues became conflated with the idea that those who wanted to preserve them were also arguing for the continuance of the unequal systems of the past. Now that the ESB is planning to rebuild on the Fitzwilliam Street site, it’s hard not to see the first 1970s destruction as simply paving the way for the total disruption of the Georgian sensibility you can still (just about) get from looking up the street from Merrion Square, through Fitzwilliam Square and beyond.