Back from brink thanks to banker’s bonus 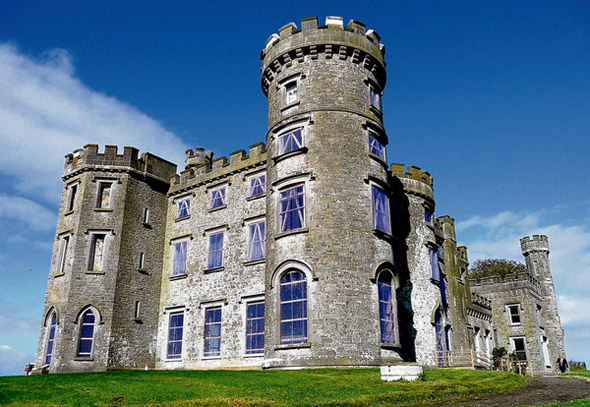 Swiss Banker Allen Krause is doing something ususually heroic with his annual bonus – investing it in the restoration of a once-rooofless castellated mansion near Clonmellon, Co Westmeath. Indeed, if it wasn’t for him and his bursts of money, Killua Castle would still be a quite romantic ruin. Built for the Chapmans in the late 18th century, Killua was turned into a much larger turretted castle in the 1830s, probably by architect James Shiel. By the time Krause became captivated by it six years ago, it had long been a roofless shell, standing on just three acres of land.

In fact, it was a dangerous building. Limerick-based conservation architect Matthew Shinnors faced a truly daunting task that would have defied the faint-hearted. As if by some miracle, the castle has since been roofed, its walls rebuilt and new concrete floors inserted – not just for their utility value, but also to assist in stabilising the structure. Adjudicators for the Irish Georgian Society’s conservation award (myself included) were enormously impressed by what has been achieved so far at Killua – even though so much still remains to be done. The only windows are in a Victorian wing; elsewhere, corrugated plastic sheeting keeps out wind and rain.

As fellow adjudicator Dr Edward McParland noted in his citation, the approach being taken by Shinnors is “careful, ambitious and informed”. And even though it may take 10 years or more to fully restore Killua, we all felt that a high commendation was merited for the sheer bravery of this extraordinary project.