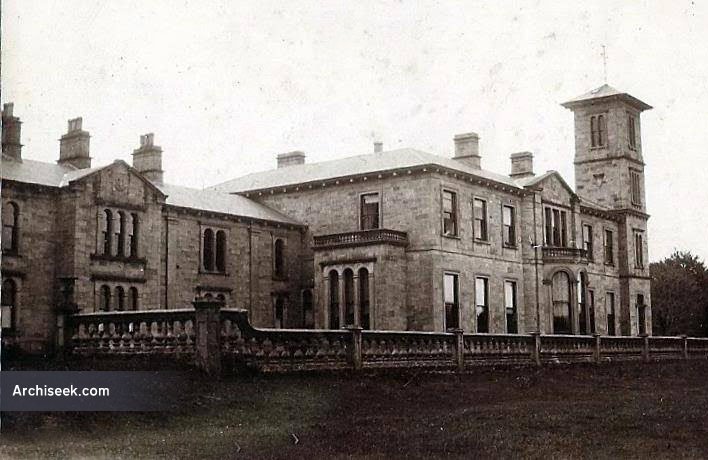 Aughentaine Castle consisted of a two-storey main block and a lower two-storey wing, with two tall Italianate campaniles of equal height, one at each end. There was an open porch; two-light and three-light windows, some round-headed and others rectangular. Demolished around 1955 by the owner Colonel Hamilton-Stubber, who built a modern classical house to the design of Claud Phillimore.