Artist’s stained glass windows graced churches in Ireland and beyond 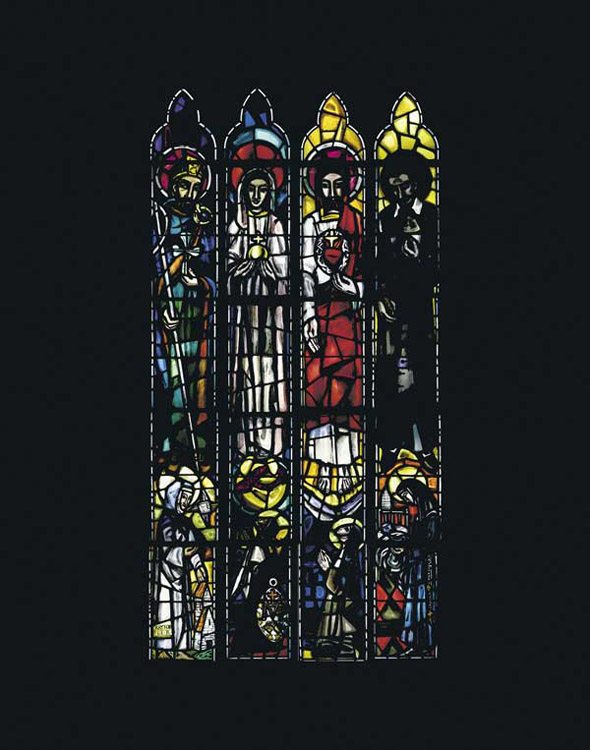 Patrick Pollen, the stained glass artist, has died at the age of 82. His work can be seen in many Irish churches including Galway cathedral, where besides some of the windows, he did the mosaic of St Joseph the Worker ; six windows in Ballinteer Roman Catholic Church; and in Christ Church Cathedral, the memorial window to Catherine O’Brien. One of his most important works are the windows for the new church at Murlog, Lifford, Co Donegal, that had been designed by Liam McCormick. There are two facing walls cleverly arranged so that the stained glass of St Patrick’s Breastplate looks like an unfolding screen. The Stations of the Cross were made by his wife, the sculptor Nell Murphy.

Pollen was born in London. His father was a sculptor and his great grandfather was John Hungerford Pollen, who was ordained as an Anglican priest but became a Catholic convert. He was a decorative artist and amateur architect and on the request of Cardinal Newman became professor of fine arts at the Catholic University of Ireland. There, he designed and decorated University Church on St Stephen’s Green in the Byzantine revival style embellished with different Irish marbles.

Pollen’s mother was the daughter of the third Lord Revelstoke, who had bought Lambay Island in 1904 and employed Edwin Lutyens as the architect to remodel the castle into one of the most remarkable houses in Ireland. Patrick Pollen went to Ampleforth, the Roman Catholic public school, and, after military service, spent two years at the Slade and then for a period worked at the Académie Julian in Paris where he was greatly excited by the glass in Notre Dame cathedral. In 1952, he saw Evie Hone’s great nine-light Crucifixion and Last Supper window soon after it had been installed in Eton College chapel, and such was the effect on him that he was determined to come to Dublin to learn more of the art of stained glass from her.