Arresting developments at the station 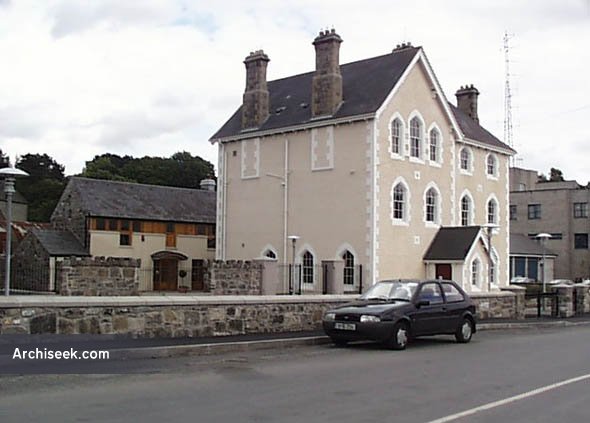 When was the last time you were in a Garda station? Barring events ranging from the unpleasant, to the utterly awful, most of us only visit five or six times in a lifetime. We go on simple errands, such as picking up forms, or getting a passport photo signed. The passport photo visit is an interesting one: unless you are, to use the phrase, “known to the gardaí”, your rare interaction with our forces of law and order is to ask them to lie for you, which they are generally happy to do, as they sign the section declaring “I have known this person for x number of years . . . “ even though they have never come across you in their lives before.

Those of us who visit Garda stations more frequently, although not necessarily voluntarily, have an understandably different view of the places. They may or may not attest to the factual accuracy of The Bill , but it is unlikely whether any of us ever reflect on the rich slice of architectural heritage these buildings represent.

Garda stations don’t simply show us architectural history, they also respond to and demonstrate the changing social and anti-social climate of Ireland, and a look at our stations turns up some fascinating finds. When the Garda was established as a completely new police force, at the time of the foundation of the State in 1922, a great many buildings were “inherited” from the disbanded RIC. These had been designed by the former Board of Works; others, such as banks and libraries, were taken over and adapted to the purpose.