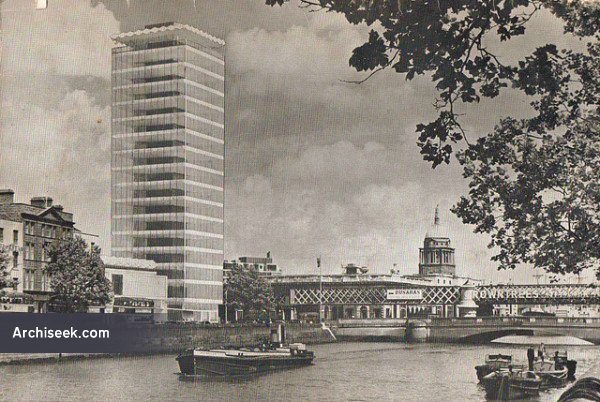 Liberty Hall in Dublin should be preserved as a “heritage structure of national importance”, according to the Irish branch of an organisation that seeks to protect icons of the modern movement in architecture. Calling on Dublin City Council to refuse planning permission for Siptu’s scheme to replace it with a much taller tower, DoCoMoMo Ireland says Liberty Hall was the first high-rise building in Dublin, built between 1961 and 1965.

“It is not included on Dublin City Council’s record of protected structures but is, in the view of DoCoMoMo, a building that has made a significant contribution to the architectural heritage of Ireland and, accordingly, a heritage structure of national importance.” In a submission to the council’s planners, who will decide on Siptu’s application, it says: “More than any other building of the modern era, Liberty Hall has embedded itself in the collective consciousness of the city, even the nation, and our sense of identity as a people.”

While still under construction, it was the subject of a poem by Austin Clarke ( New Liberty Hall ) and since the 1960s it had featured on postcards or been used as a graphic design logo for Dublin.

“Along with these examples of the building’s popular appeal and fascination as a monicker and visual icon of Dublin, the building has become the source and/or site of myriad cultural and academic projects, especially during the past decade,” DoCoMoMo says.