A portrait of changing Tullamore 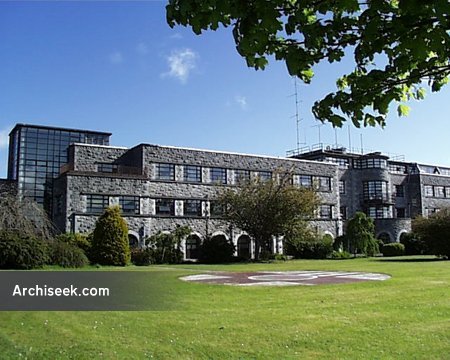 A new book entitled ‘Tullamore A Portrait’, written by Michael Byrne with drawings by Fergal MacCabe will be launched at the Tullamore Dew Heritage Centre on Friday 3 December at 8pm The 280 page hardback book, published by Esker Press for the Offaly Historical and Archaeological Society and priced at n30, will be launched by Mr Pat Gallagher, Offaly County Manager. The book contains over eighty drawings by Fergal MacCabe.

The first illustrated survey of Tullamore’s history was published as ‘A walk through Tullamore’ in 1979 and was also written by Michael Byrne. Over thirty years have passed since then and, the author states, a new generation has grown up in a time of great innovation and change in the physical fabric of Tullamore with new and renovated buildings, out-of-town shopping and the demise of the small independent grocer.

Mr Byrne also notes that living over the shops is practically gone while adding that more people live in the town centre in new apartment developments built in the old lanes, often on the site of the condemned housing of the 1900s to the 1950s. He also outlines that there has been an expansion in the suburbs around the town while noting that the town of 2009 is so changed from that of 1979 that a Tullamore native coming back after thirty years would only know the town through its inner core.

Notwithstanding so much that is new and different over the past thirty years, there is also great continuity and the drawings in the book illustrates that at its central core, Tullamore is essentially a late-eighteenth century town.