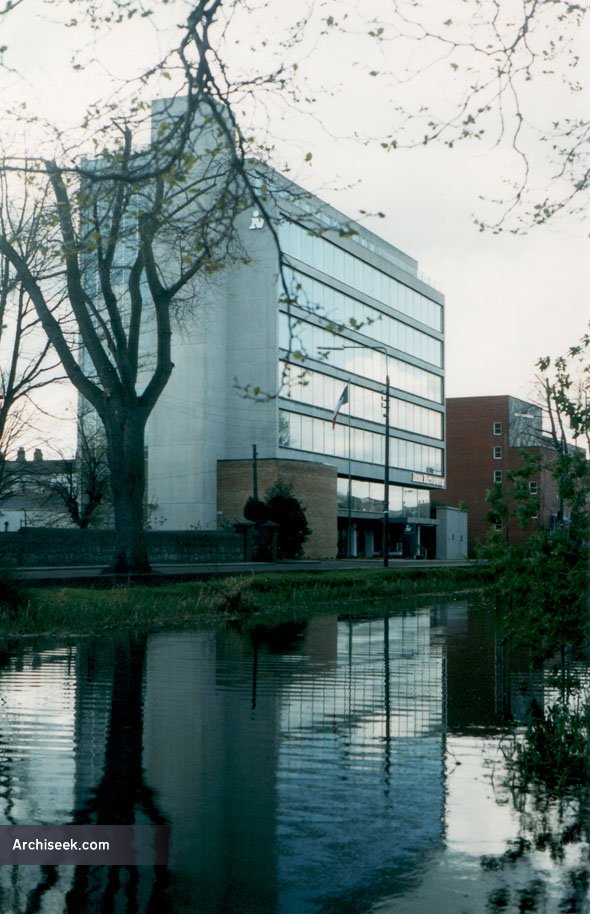 Carroll’s of Grand Parade was designed and built in 1962-64 which was a period of great modernisation in Ireland both of society and of the city of Dublin. Originally designed as offices for the Carroll’s Tobacco Group, the building was until recently the headquarters of the Irish Nationwide Building Society, and after some refurbishment will be the offices of the Irish Bank Resolution Corporation.

The building consisted of office space on pilotis over a recessed mezzanine level and open ground floor. Both the mezzanine level and the ground floor (three-quarters of which is open with small pools and bench seating accessible the public) were used as a public space – being available for public lectures and art exhibitions. The original lecture hall is now used as a banking hall. Indeed for many years the Architectural Association of Ireland used it as a venue.

Carroll’s is constructed of concrete faced with Portland Stone like the earlier Busáras. The lecture hall with its curved outer wall is expressed as a separate volume using a yellow brick. At the time of its construction, the building was noted for the well-lit office space with floor to ceiling windows font and rear and interesting staircases visible through the gable stairwell.