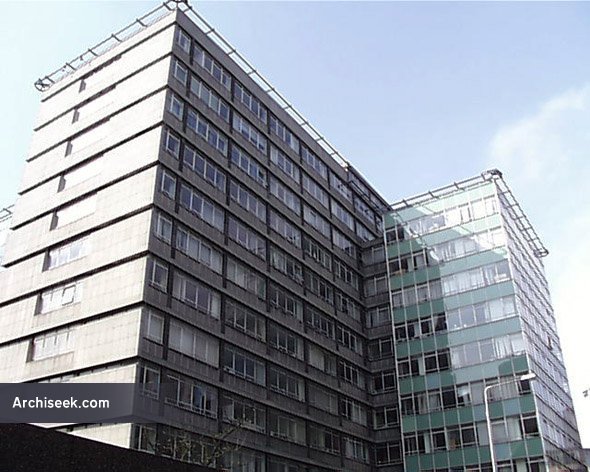 In a poll in 1998, this was voted the worst building in Dublin by the readers of Archiseek. Now due for a badly needed facelift, this much derided building and its nearby blocks on Tara Street and Townsend Street are some of the worst excesses of the 1960s in the city centre. In June 2016 plans were unveiled for demolition and redevelopment of the site, along with neighbouring Apollo House. Removed in 2020.