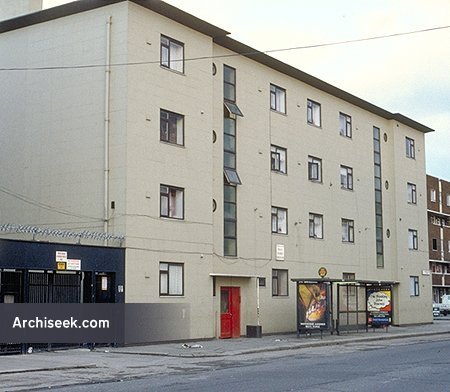 Designed and built during The Emergency (Second World War), these flats were intended to be developed along the length of Charlemont Street. However only this block was built. The flats were still largely intact except for their original glazing bars which have been replaced with uPVC frames into the early part of the 21st century. Demolished 2014.