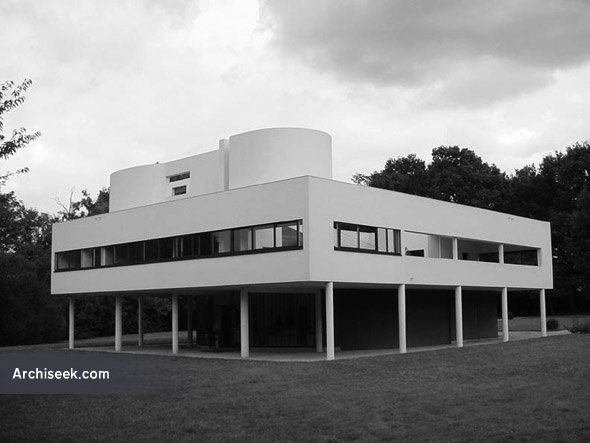 Situated at Poissy, outside of Paris, the Villa Savoye is one of the most recognisable architectural icons of the International Style. The Villa Savoye was designed as a weekend country house and is sited in a meadow which was originally surrounded by trees. The building was designed to illustrate Corb’s “five points” of architecture: the use of pilotis; a flat roof terrace; a free plan; good ventilation and natural lighting; and a taut facade skin of windows and wall.

Unfortunately the radical design was flawed – the flat roof proved less than fully functional and leaked. The owners took Le Corbusier to court. But World War II broke out before the matter was settled, and the building was left in a state of disrepair. The house fell into ruin during World War II but has since been restored and is open for viewing.