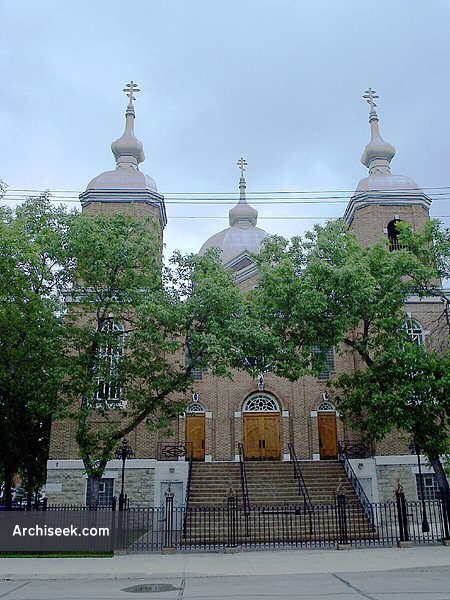 This was built between 1925 and 1951 by mostly volunteer labour. The two towers at the front of the church are something of a western influence; however, the treatment of the domes is particularly baroque. This type of bud dome was one of the innovations that became common during the baroque period. The termSobor is used to designate an important church (somewhat like the use of the term basilica in the Roman Catholic Church). Originally, a sobor was a large church in a major city (not necessarily the cathedral) at which all the faithful of the city would gather to celebrate certain important feasts.