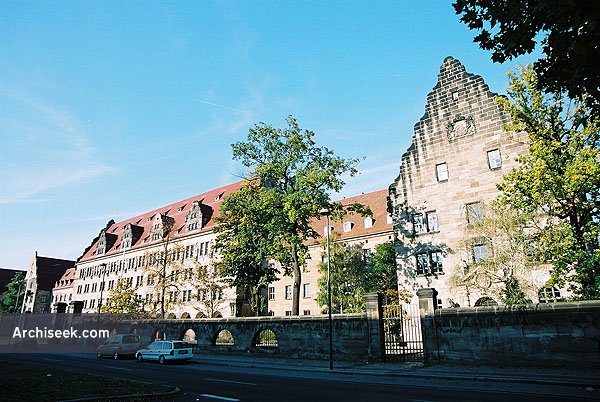 A large complex of buildings outside the Aldstadt (Old City) built as a Palace of Justice between 1909 and 1916. From November 20, 1945, until October 1, 1946, the International Military Tribunal convened in room 600 in the Nuremberg Palace of Justice. United States Of America Supreme Court Justice Robert H. Jackson who was the chief prosecutor at the trials recommended Nuremberg as the site for the trials for several reasons. The Courthouse was big enough to accommodate many people, 530 offices and about 80 courtrooms. It was well preserved after the war when 90% of the city was destroyed. Among the defendants were Nazi leaders as Hermann Goering, Rudolf Hess, Ernst Kaltenbrunner, Joachim von Ribbentrop, and the architect Albert Speer.