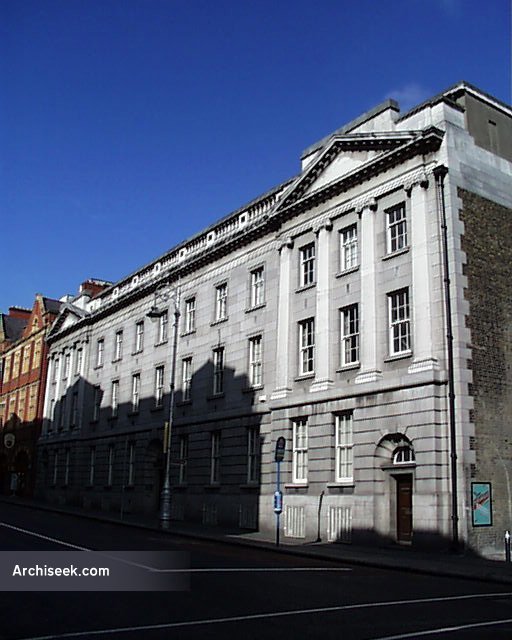 The former Labour Exhange on Lord Edward Street is a little-known example of civic architecture of the early 20th century, built by the Office of Public Works in 1915. It is very much in the style of the then-being-completed Royal College of Science on Merrion Street, and was designed by Harold Leask (later to become Inspector of National Monuments) and Martin Joseph Burke (later to become Assistant Principal Architect for the OPW during the War).