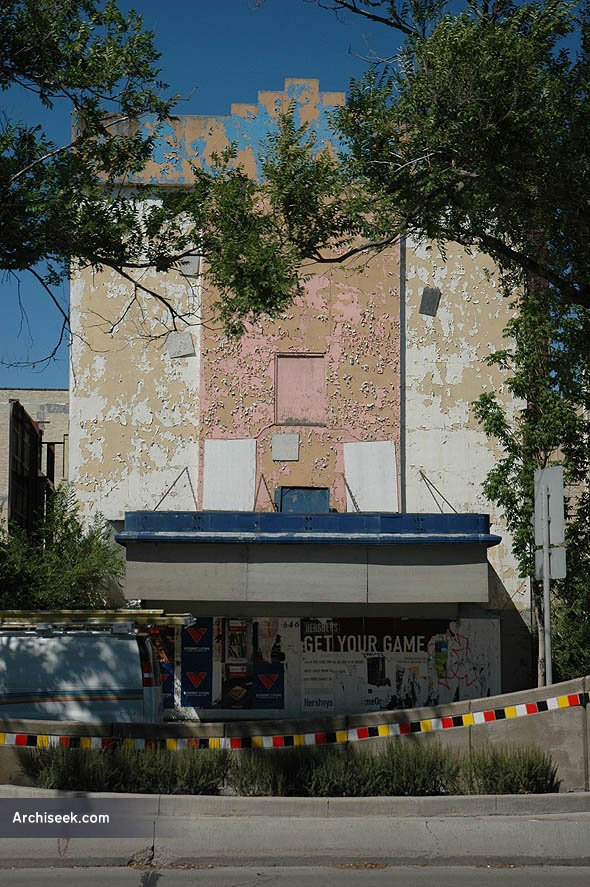 Demolished in 2008, the rendered facade concealed the remains of the original ornate classical design. The interior was largely intact prior to demolition despite a report by a downtown development agency CentreVenture. Alexander Melville was one half of a partnership that designed many of the city’s firehalls.