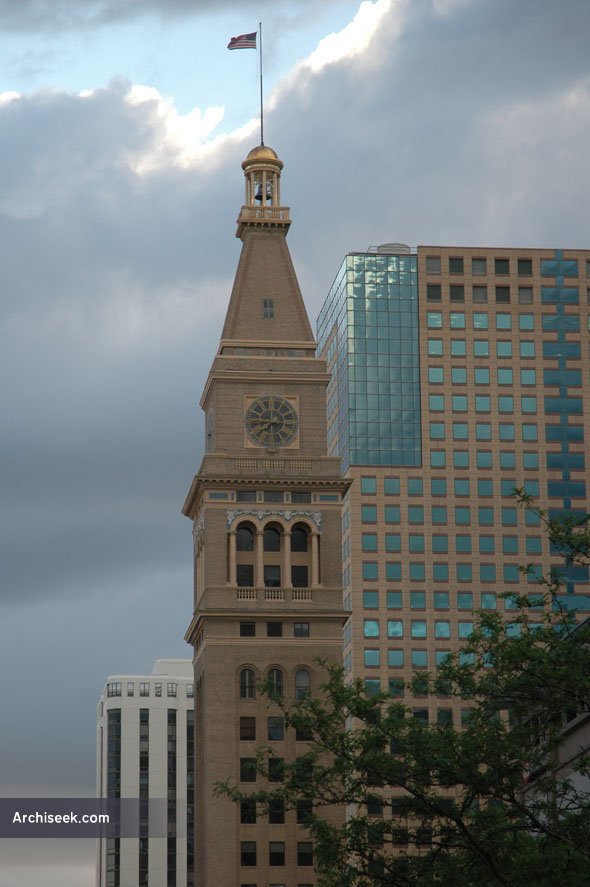 Inspired by St. Mark’s Campanile in Venice but scaled down, the D&F Tower was built in 1911 to anchor the Daniels & Fisher Department Store. The tower barely escaped demolition in the 1970s when the remainder of the deparment store was demolished. It has since been restored.