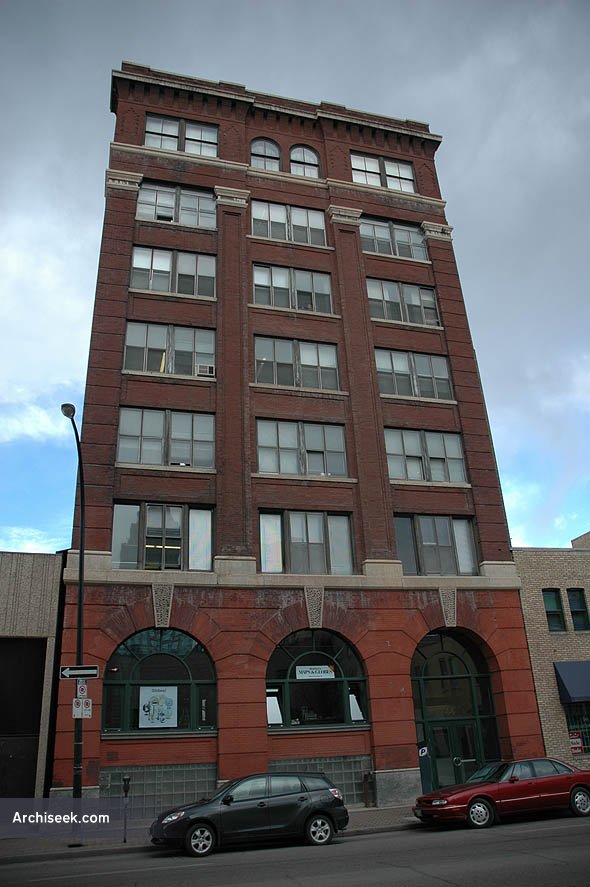 Like many other local warehouses, 44 Princess has a symmetrical façade divided into three parts and highlighted by Romanesque detailing. The main floor is dominated by three oversized arched openings with keystones. A belt course separates this level from the middle storeys, each of which contains three bays of rectangular windows set between brick pilasters. The top level is marked by a stone belt course, a stone cornice underscored by corbelled brick, and arched rather than flat-headed windows in the middle bay. A stone-capped brick parapet completes the design. Other ornamentation is provided by stone sills, stone pilaster bases and capitals, and patterned brickwork. Windows on the south and rear elevations have brick heads and stone sills.

Architects Blair and Northwood had a short-lived partnership in 1906 during which they planned at least three warehouses and a dwelling. Northwood later formed partnerships with Raymond Carey (1919-22) and Cyril W.U. Chivers (c.1928 into the 1950s).