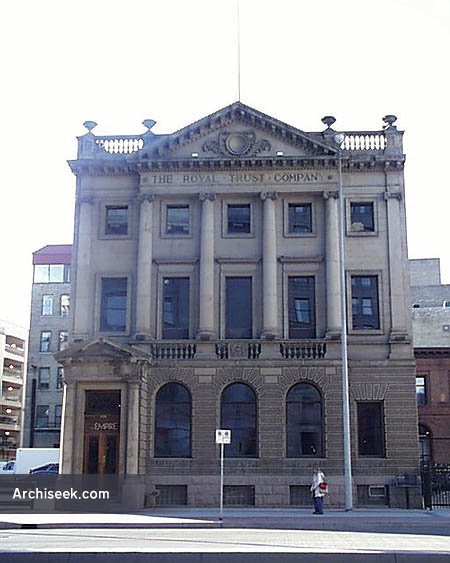 In 1919, the new owner sold the structure to its sister corporation, Royal Trust, and this concern utilized the banking hall and upper storeys until the mid 1960s. Their signage still exists on the building. In 1909, just five years after the bank’s opening, directors opted for an interior remodelling. Toronto architects Darling & Pearson received a commission to transform the banking hall into the equivalent of their other Winnipeg creations and to refurbish second storey rental quarters into administrative offices. There was also a third floor residence.

Its current glazing pattern is quite attractive, making the building look like an architectural drawing, concentrating on its stone details.