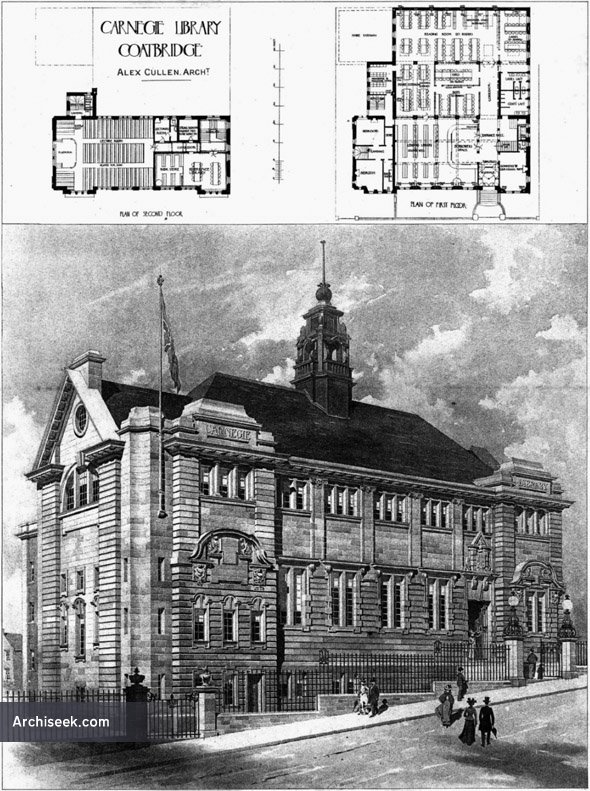 Front perspective view including ground & 1st. floor plans published in The Building News, March 6th 1903. Chosen by competition, construction was financed by money donated by the Scottish-American entrepreneur Andrew Carnegie. Carnegie officially opened the library on 7 June 1906 in person; he received the ceremonial freedom of burgh of Coatbridge in return. The building was category B listed by Historic Scotland in 1993. In 2010, Coatbridge Library moved its services to the newly built £18 million Buchanan Centre on the Coatbridge Main Street.

In his speech to people of Coatbridge, Carnegie mentioned that in the early days opposition to free libraries was strong: “the charge was brought that this was Socialism in its worst form. But they had got over that stage bravely, and now there was not a community in Scotland that had not its public library and there would not be any in America very soon that had not its public library.”