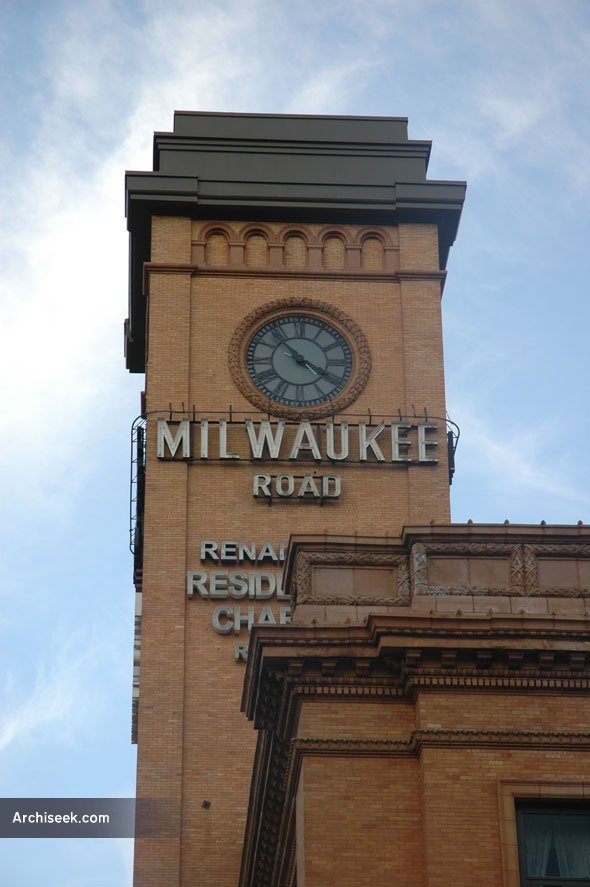 Constructed in 1899, the Milwaukee Road Depot complex includes the former station building and one of the last long-span, truss-roofed train sheds surviving in the nation and the only remaining one in the Upper Midwest. At its zenith during the 1920s, the Depot was a major railroad center from which 29 trains departed daily. However, the Milwaukee Road had gone out of business by 1978, and although it was placed on the National Register of Historic Places that same year, the Depot sat vacant for two decades.

The “head station,” situated on the corner of Washington Avenue and Third Avenue acted as the end of the line for the Chicago, Milwaukee, St. Paul and Pacific Railroad Company. Built between 1897 and 1899, the three-story Renaissance Revival building is detailed with arched doorways, a heavy cornice, and terra cotta wreath ornaments. A tower, originally rising 140 feet, was capped with an elaborate cupola, but was removed after extensive storm damage in 1941.

In 1992, the city purchased the Depot, including the seven-block surrounding area, for $2 million in order to preserve its historic significance and restore its contribution to the community. Initial rehabilitation activities to refurbish the facade and repair the 100-foot clock tower were completed in the fall of 1996.