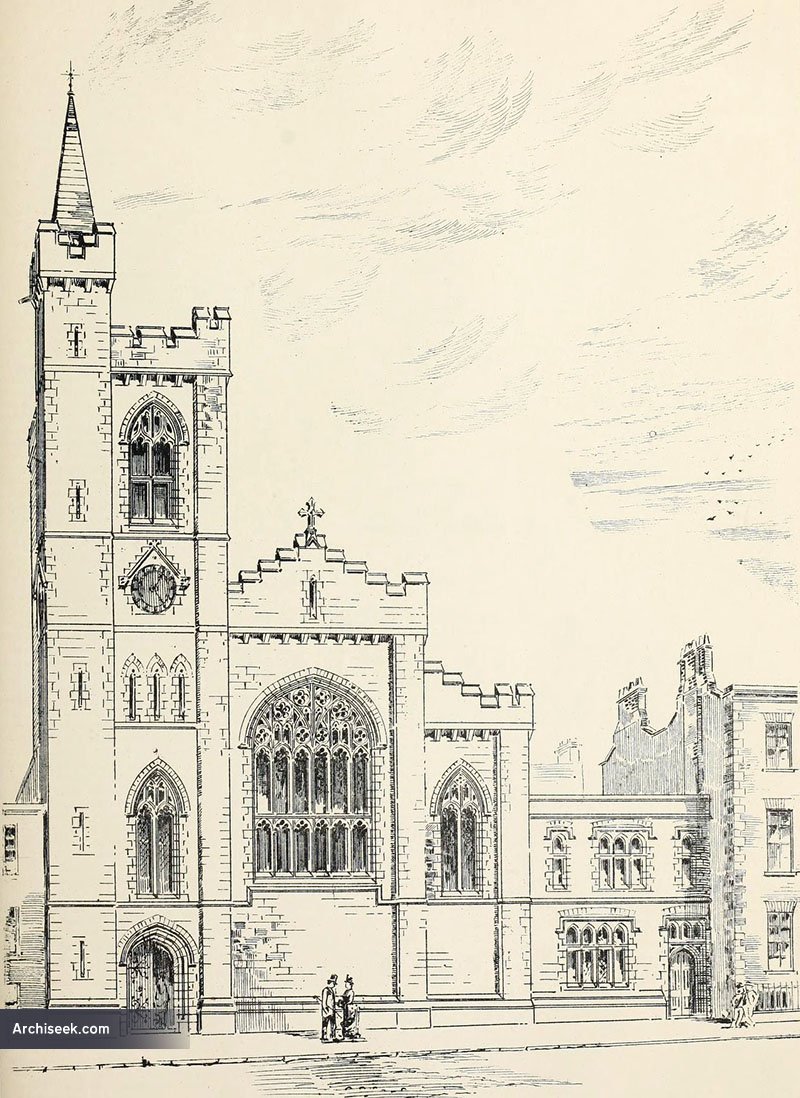 G.C. Ashlin rebuilt St. Michan’s Roman Catholic church, which was originally built on Anne Street North, in 1891 to 1893 with a new façade and tower on Halston Street.

Described in 1837 as “The chapel in North Anne-street is a splendid edifice, built entirely of granite; it is in the later English style, with three finely arched entrances in the front, which terminate above in a sharply pointed gable, embattled and surmounted with a cross; the interior is richly ornamented with sculpture, and the ceiling is elaborately groined, the intersecting arches springing from heads of saints finely sculptured; the altar is embellished with paintings of the Virgin and Child, and of St. Francis, copied from Guido. ”

The Irish Builder described the redevelopment project: “By this addition, the church will be lengthened by over 30 ft., and will extend from North Anne-street to Halston-street. It will comprise a chancel, two side chapels, two entrances, a tower and belfry turret. It is built of Rathgar and Finglas limestone, with dressings of chiselled limestone from the Callan quarries. The chancel window, in the Perpendicular style, is 24 ft. high by 13 ft. wide, and forms one of the most im- posing Gothic windows in the city. Phe tower rises to a height of 94ft., and comprises five storeys. The main entrance has a double- bayed window over it. Above this, triple lancet windows, lighting the ringingchamber; and above this again a circular chiselled limestone case for a clock 4i ft. in diameter. This clock is to have two dials, one facing Halston-street and the other facing the New Markets. Finally, on each side of the tower is a large twa-bayed transomed window in the bell-chamber. The tower-turrets and gables are crenellated — a usual ornament of the Perpendicular style.”