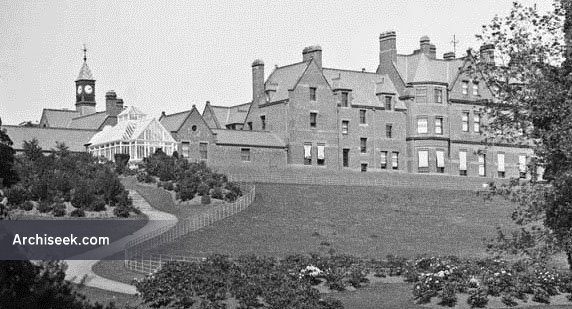 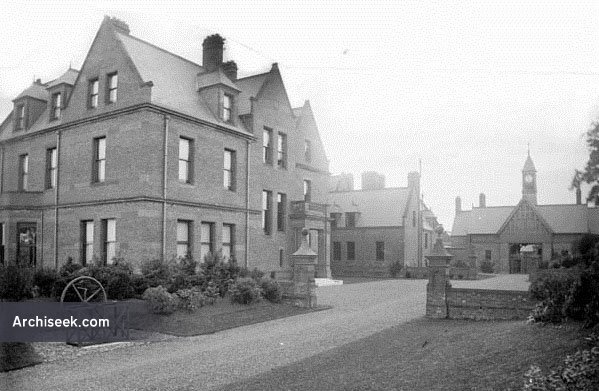 Designed by William Henry Lynn, and built in 1887 for James Bruce of Belfast, after he acquired Benburb Manor from the 7th Viscount Powerscourt. A large rather institutional-looking, red-bricked, gabled building with high pitched roofs and dormers, more akin to an asylum than a residence. The Stable court and clock tower are to the west. Sold 1917. The manor house passed through a number of owners before being requisitioned by the War Office as military hospital during World War II. From 1943 – 1944 the members of the British Army Medical Corp were stationed there, and from October 1943 to April 1944 it was the home to personnel of the American 7th Field Hospital. In 1948 became a religious institution.