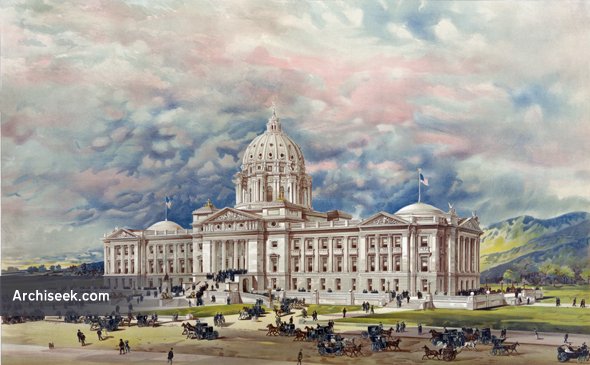 A design competition was conducted in 1896 to determine the best suitable design for the capitol building. The commission selected a design by George R. Mann as the winner. In 1897, after a corruption probe, the Commission was disbanded and a 2nd Capitol Commission was convened. The new Commission abandoned Mann’s plans as being too costly, and held a 2nd design competition, won by Charles Emlen Bell and John Hackett Kent. While Mann’s building was never built in Montana, it was however later selected as the base design for the Arkansas State Capitol.